‘A Lasting Memento of Our Nation’s Thanks’: Exchange to Honor Vietnam Veterans at Commanders’ Classic 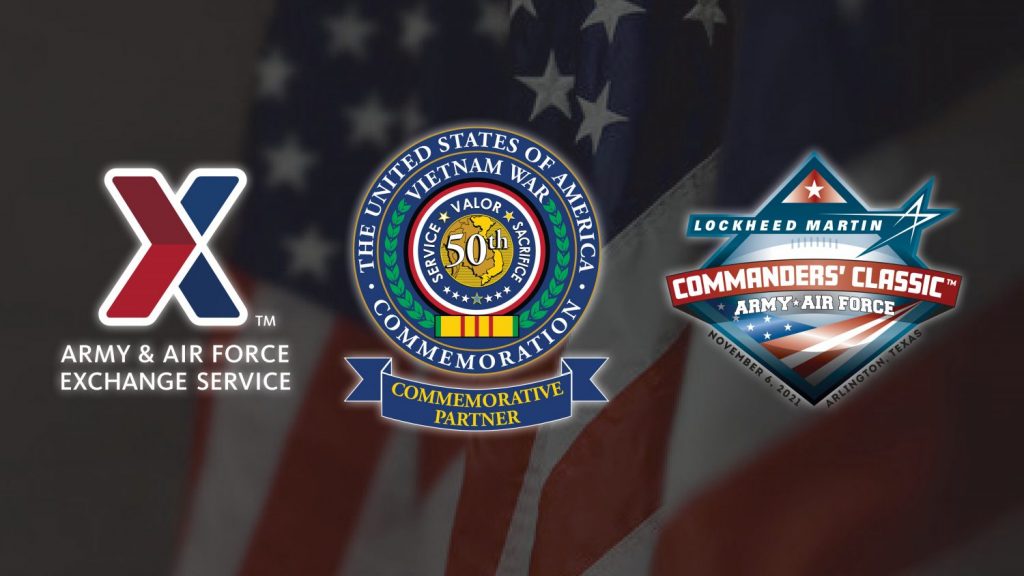 On behalf of a grateful Nation, the Army & Air Force Exchange Service and The United States of America Vietnam War Commemoration will honor four Vietnam Veterans during an on-field ceremony Nov. 6 at the Lockheed Martin Commanders’ Classic presented by USAA.

“We are honored to partner with the Vietnam War Commemoration to give our heroes the thanks they so rightly deserve,” said Shull, an Army Veteran who served during the Vietnam War period. “The ceremony at Globe Life Field provides a great opportunity to honor four heroes from the past in front of the West Point and Air Force Cadets who will be at the game.”

“These four heroes—a Soldier, Airman, Marine and Sailor—made selfless sacrifices for all Americans,” Aylward said. “They represent all Vietnam Veterans—our Nation’s blood and treasure from a generation ago—who never received the gratitude and respect they so richly deserve. This Vietnam Veteran Lapel Pin is a lasting memento of our Nation’s thanks.”

For Copeland, the on-field honor will represent only the second time he has been publicly recognized for his service in Vietnam. The first was decades ago, when he received the Army Commendation Medal with V device.

“Vietnam Veterans were not treated well when they came home,” said Copeland, who was drafted in 1966 and served one tour in Vietnam. “I was one of the lucky ones who didn’t dwell on this. I went and did what I had to do and came home.”

This on-field moment, he said, isn’t just about him. It’s about all who served during the Vietnam era.

“I wish all Veterans could receive this for their service,” Copeland said.

The Exchange is a supporter of Army West Point Sports and Air Force Athletics. The Army Black Knights will battle against the Air Force Falcons at Globe Life Field, marking the first time the game has been played at a neutral location. The service academies have faced off on the football field every year since 1971.