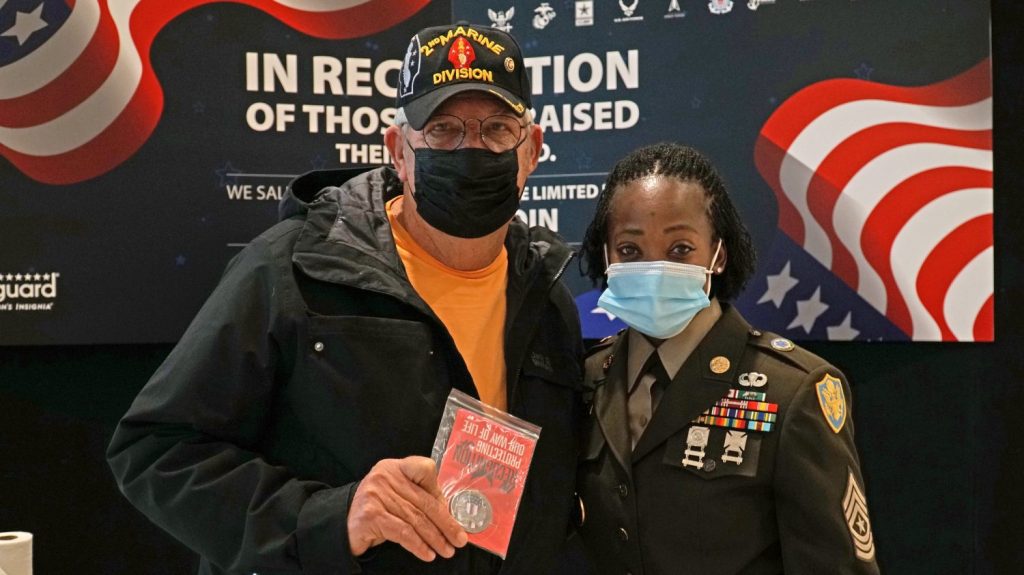 The giveaway was part of the second annual In Recognition Of military resale salute to those who have served. Veterans were eligible to receive coins at all military exchanges and commissaries in a united sign of appreciation for Warfighters’ selfless sacrifices. 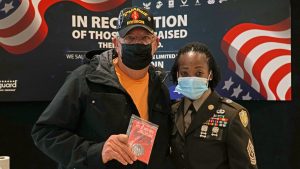 Retired Marine Master Sgt. Don Collins, who served as combat photographer, was happy to receive the coin while reflecting on his career.

“There’s no other job like it,” Collins said. “Serving my country gave me the self-confidence I needed to succeed in life.”

“It’s about supporting freedom,” Edkin said. “I wanted to continue serving, so I joined the Exchange and have been doing so for over 20 years.”

At Camp Foster on Okinawa, Veterans gathered Nov. 10 to celebrate the Marine Corps’ birthday and were looking forward to returning to receive their challenge coin on Veterans Day. 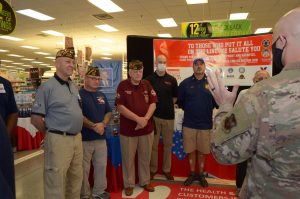 “AAFES helps the families a lot and supplies them with everything they need for their homes, especially when you serve or live overseas,” Wilson said. “They really provide that needed peace of mind when we are away from home and fighting for our country.”

Show us your celebration!

Send us your photos! Share photos of your store’s In Recognition Of challenge coin giveaway for our Flickr album. Send high-res jpegs to [email protected] and [email protected], and we will include them for all to see.