Retirees Return to the Exchange to Support Operation Allies Welcome 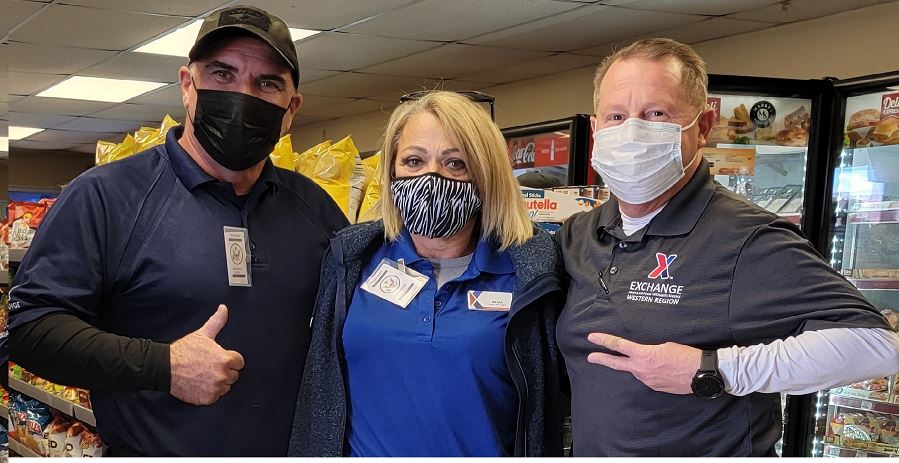 Retired from the Exchange for nearly five years, John McGhee heard via Facebook about an opportunity to support Afghan guests during Operation Allies Refuge. Although he had been enjoying his retirement, he was intrigued. 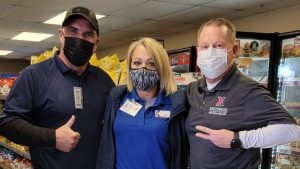 “When I reached out to my former vice president, Patricia Austin, she said, ‘Yes, this is available. We can use you’,” McGhee said. “It sounded like a little adventure, so I thought, ‘Why not?’ I thought it would be a great short-term challenge.”

On Oct. 18, McGhee returned to the Exchange., acting as a retail business manager for the Holloman Village Branch store and the Doña Ana Village Alpha and Bravo stores. All are in southern New Mexico—where the teams include two other retirees who have returned to support OAW.

“The Exchange implemented a rapid response team for CONUS for Operation Allies Welcome,” said Norris Watkins, HR employee relocation manager. “We’ve brought back these retirees to aid in those efforts. Eligibility requirements are simple—just the ability and the willingness to go TDY and support the mission.”

Evelyn West, another retiree, will arrive Jan. 2 at to support Afghan guests at Fort Dix. McGhee, Stewart and Stoudemire are currently the only other retirees who have returned for OAW.

“I love it,” McGhee said. “I wondered about going back to work again, because I’m so used to being retired, but I’m enjoying it. I thought I might struggle with some new technology, but I adapted pretty quickly.”

During his 35-year Exchange career, McGhee deployed seven times to Europe and Southwest Asia, including twice to Bosnia and twice as acting GM in Qatar as well as Operation Desert Shield/Storm, Kuwait and Pakistan. He says working to support OAW is similar, but different.

“When deploying, we served the U.S. military,” he said. “Here, we are serving the Afghan guests, so there’s a different mind-set when it comes to shopping.”

Stoudemire, who spent six years in deployment during her 30-year Exchange career, agreed.

“Serving the guests is a particularly unique experience because there are cultural differences,” she said. “We started using some visual tools because of the language barrier. So when there’s a communication problem, they point at the pictures and we know exactly what they want.”

This is the second time that Stoudemire has come out of retirement—in 2017-18, she returned to work in Logistics in Germany.

“I found out that the Exchange needed people for the Doña Ana store for the guests,” she said. “I contacted HR and they said, ‘Great, come on in.’”

Stewart said that Austin, now Southwest Area Western regional vice president, contacted him about OAW. “I used to work for her when I was a general manager,” said Stewart, who was GM of the Joint Base Elmendorf-Richardson Exchange when he retired. “I always liked working for her, so I said, ‘Sure, I’ll come and support it.’”

Stewart, who had a 25-year Exchange career, also knew Fort Bliss/Holloman General Manager Mike Brennan, and had worked with McGhee in Okinawa. When Stewart came to Holloman, there were a lot of people from other installations TDY there.

“Getting back to the camaraderie was really cool,” Stewart said, “Just being out here with all these different folks from different bases has been a great experience.”

All three say they enjoy serving the guests.

“The guests are really nice people,” he said. “It’s been cool learning about their culture and how they do things.”

And all are happy that they made the choice to return.

“I have had many careers at the Exchange, and deployment has always been the most rewarding,” Stoudemire said. “This takes me back to the same feeling.”