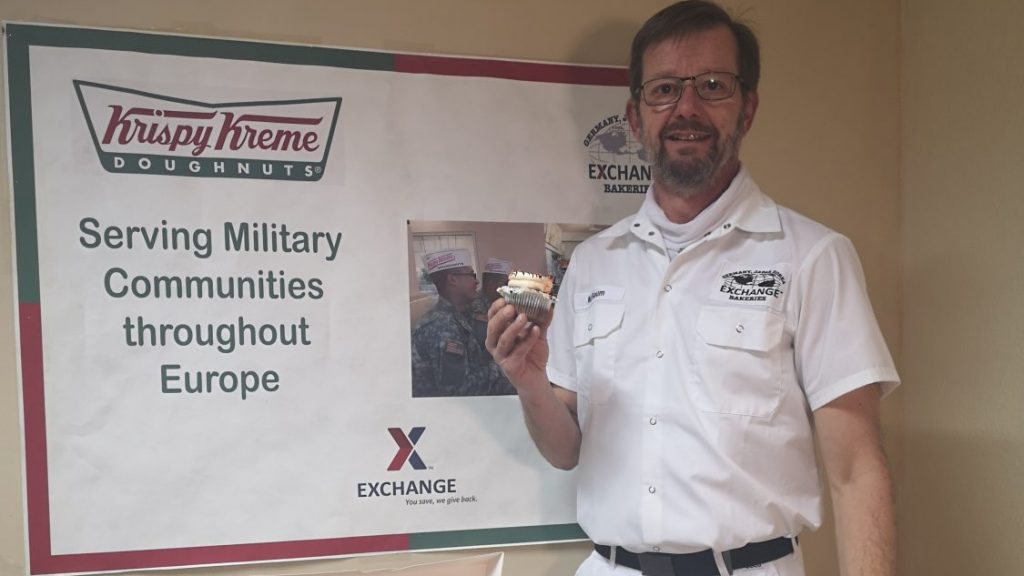 Mathias Baum, the longtime manager of the Exchange’s Gruenstadt Bakery in Germany, received Krispy Kreme’s Melon Head Award for his work increasing the brand’s presence in Europe through the Exchange. 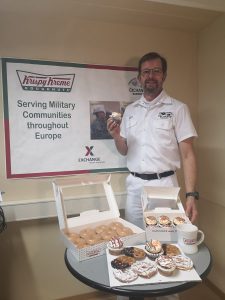 “I could not believe it at all and was totally overwhelmed that I am one of the few who get this extraordinary award,” said Baum, who was one of six people worldwide to receive a 2021 award, which was presented at Krispy Kreme’s virtual International Annual Conference this fall.

The Melon Head Award is given to people who use their “melon” to drive brand awareness, which the bakery team has done since it began offering Krispy Kreme in November 2015.

“We have been constantly working to expand our Krispy Kreme range to appeal to as many customers as possible,” Baum said. “New doughnut varieties, filled rings, original glazed mini doughnuts, cupcakes, Belgian waffle doughnuts. Our last top seller was Belgian pumpkin waffles, and we are already working on new products for 2022.”

If you paid close attention to the previous paragraph, you probably noticed that Baum mentioned cupcakes—a Krispy Kreme product developed by, and unique to, the Gruenstadt bakery team.

“In April 2017, our Krispy Kreme team and I thought about what else we could offer our customers who might not like doughnuts,” Baum said. “So we came up with the idea to make cupcakes with mainly doughnut ingredients. Our excellent bakers then developed and tested the recipes together with our quality assurance team.”

Meeting Krispy Kreme’s standards took a while. More than three years, to be specific.

“It was not easy to get the approval for it,” Baum said. “To meet the very high-quality requirements regarding taste and appearance of the cupcakes up to the design of the packaging, it took us until Nov. 23, 2020, to get the final approval and we were the first to produce Krispy Kreme cupcakes worldwide.”

Baum has done two long stints at the bakery: from September 1984 through August 1997, and his current one. “On April 1, 2005, after a few years in local companies, I had the great luck to come back as bakery manager,” he said.

This isn’t the first time that Krispy Kreme honored a member of the Gruenstadt bakery team. In 2019, Ben Emmerich, a production specialist at the bakery, was one of two people worldwide  singled out in Krispy Kreme’s first Global Recognition contest. He was recognized for reducing waste, increasing yield efficiency, committing to product quality and continuing preventive maintenance. 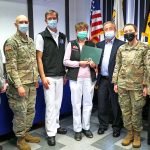