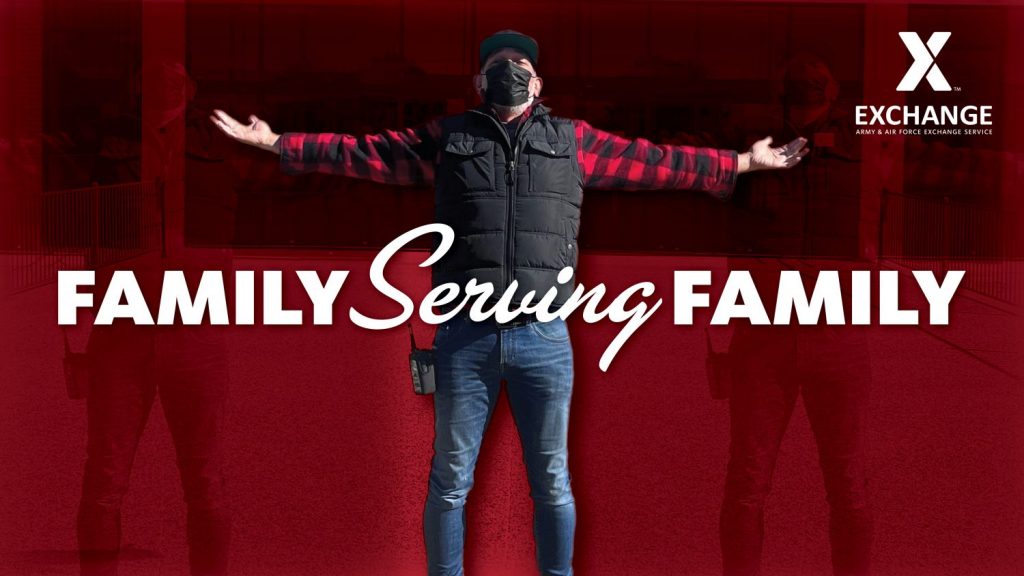 Sean Asuncion, facilities manager at the Exchange Headquarters in Dallas, isn’t a military brat—he’s the next best thing: an Exchange brat.

“My first job was in the Exchange summer hire program, and you didn’t get to pick your job,” said Asuncion. “I worked at the Morale, Welfare and Recreation (MWR) gym, and also took care of the athletic fields.”

At the MWR athletic fields office, Asuncion met Herr Mueller, an older German. Mueller instructed him to mow the athletic fields with the many push mowers that were donated by military families when they PCSed. Asuncion asked if there were any riding mowers and was told no. The fields were several hundred yards away, and Asuncion had to go back and forth to swap out mowers when he ran out of gas.

When Asuncion ran out of mowers, Herr Mueller presented him with a pair of garden shears so he could finish mowing the athletic fields. “I quit,” replied Asuncion, and left.

He went to his father’s office and explained what happened. Asuncion’s father impressed upon him that it could be a test. And even if it wasn’t, it was a small sacrifice compared with those made every day by the military families they were there to serve. His father sent him back the next day.

When Asuncion arrived at the MWR office, he apologized, and learned that the staff had finished mowing the fields—with mowing tractors. It had been a test.

“It doesn’t matter what you do, take it in perspective, we’re here to serve the military,” said Asuncion, summing up one of the lessons he learned from his father and Herr Mueller, two of his mentors.

When his parents transferred back to Exchange Headquarters in Dallas, Asuncion started working with facilities management. He also worked in other departments, including Finance & Accounting, Military Star, Information Technology, Real Estate and Merchandising, before returning “home” to his facilities management roots, and he’s been there ever since. His list of mentors grew to include Allison Bryan, store planning branch manager; David Gentry, vice president, store planning; and Michael Immler, deputy director and executive vice president.

Asuncion’s Exchange family includes almost everyone in his family: his parents, brother, sister-in-law, former spouse, three cousins, aunt, uncle and a grandfather worked at the Exchange. His father retired after 33 years, his mother after 25, his sister-in-law after 36, and he’s served at the Exchange for 35 years for a total of 153 years of service from the Asuncion family (so far).

His parents also had other roles at HQ in Dallas—they were entertainers at the Skyline Restaurant. His father played guitar in a Hawaiian-music band, and his mother danced the hula.

After working at headquarters in Dallas and Germany, Asuncion says his Europe experience had the most impact.

“Germany gave me an opportunity to see things outside of the structured bubble, in a different cultural environment,” said Asuncion. “I was able to visit other countries and see things differently with the Exchange there, which had more of an impact on my life. It helped make me who I am today.”

Asuncion has friends who work in facilities management at places in Dallas-Fort Worth like AT&T Stadium and Globe Life Field. They often tease that he could make more money if he came to work with them.

“Working here (at the Exchange) is more than money; the relationships and the bonds I’ve been able to make are so great that I don’t seek that anywhere else,” said Asuncion. “There is a mission—we’re working here to support the military. I feel a sense of honor when I tell my friends outside of the Exchange family what I do.”