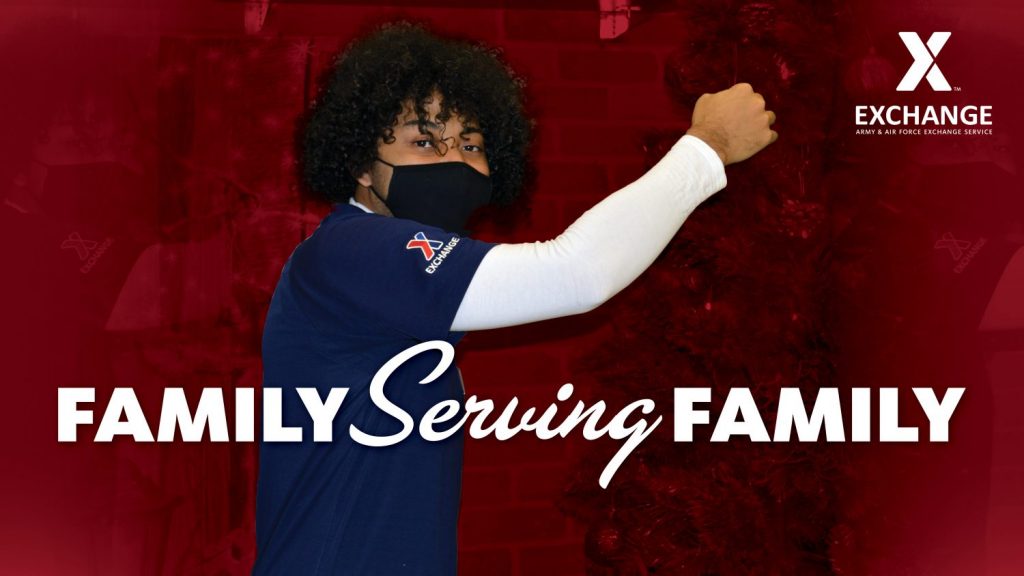 Burnett started his career with the Ramstein Exchange in 2009 at the age of 15, working as a food and service associate during the summer. He now serves as the visual merchandiser at the Holloman Air Force Base Exchange.

“I saw how the Exchange helped the military community and decided to stick with it,” said Burnett.

In the fall of 2021, Burnett joined a team of associates to assist Afghan guests who were transported to New Mexico during Operation Allies Welcome.

“We were a bare-bones crew working eight- to nine-hour days to serve the guests,” said Burnett. “We started with just a pickup truck and supplies. We set up our tent each day and provided the necessities to the guests—no matter the elements.”

Amanda Evans served as acting store manager at Holloman Exchange during this mission and worked alongside Burnett.

“Devonte is always willing to put extra on his plate to support the team,” said Evans, the services business manager at Holloman. “He was one of the first associates I thought of when I was first told about the mission. We only had a day to prepare to serve the guests and I knew he would jump right in—no questions asked—to get the job done.”

Burnett credits his military background and being a third-generation Exchange associate as inspiration to serve others.

His father served briefly in the Army. His stepfather served over 20 years in the Air Force. Burnett’s mother is currently store manager at a Langley AFB Express and his grandmother works in the food court at Holloman.

“Growing up as a military brat, I see us all as one unit,” said Burnett. “We support the military, and the military supports us. I just want to support my family the way they have supported me.”