March 29 is the fifth anniversary of National Vietnam War Veterans Day. The fact that this day was established more than 40 years after the war ended is a reminder of the battles our Veterans fought long after leaving Vietnam. 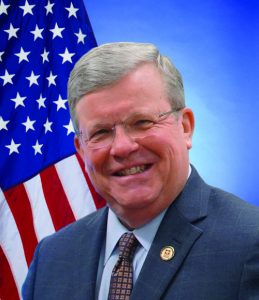 As a cadet at West Point and a Vietnam-era Veteran, I saw firsthand how troops returning to the United States were treated during the 1960s and ’70s. Despite their selfless service and tremendous sacrifice, they were treated less warmly than those who returned home from the wars that occurred before and after Vietnam. The establishment of a day honoring these heroes recognizes that they did not receive a proper homecoming and endeavors to right that wrong. This noble objective makes it a humbling privilege for Team Exchange to do its part, in partnership with The United States of America Vietnam War Commemoration, to celebrate the distinguished service of our Nation’s Vietnam Veterans.

Except for 2020, when ceremonies were canceled because of COVID-19, PXs and BXs have faithfully held lapel-pinning ceremonies since 2018 on March 29 to honor all Vietnam-era Veterans who served from Nov. 1, 1955, to May 15, 1975, regardless of location.

These pinning ceremonies are emotional for Veterans and our teammates who serve those who serve at exchanges worldwide. For many, the in-store events are the first time these heroes have been publicly thanked for their service.

The United States of America Vietnam War Commemoration lapel pins are provided as a token of our Nation’s appreciation. The message “A Grateful Nation Thanks and Honors You” is engraved on the back of each pin—the side closest to the heart.

As a Vietnam-era Veteran, I received a pin on behalf of the Exchange in 2018 during a ceremony at the Vietnam Veterans Memorial. It was a moving moment that brought me back to my time in the Army as a platoon leader and the many Soldiers I saw return broken from Vietnam, met by an American public that didn’t fully understand their sacrifices.

March 29 is not just about the Veterans who shop at our stores but also our teammates who served in Vietnam with distinction. If you have the privilege of working with a Vietnam Veteran, please take a moment to thank them for their service. And please do not forget the family members of our Vietnam Veterans on Team Exchange. Let them know that the special role they have played in ensuring mission success for their Veteran and our country is deeply appreciated.

The Exchange is all in for America’s Veterans and their families. We celebrate their service, valor and sacrifice and are truly honored to serve heroes like them on March 29 and every other day of the year. 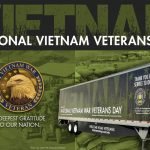 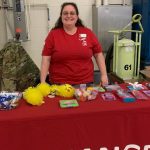 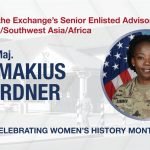 ‘I Can Find Women, Civilian and Military, Who are an Inspiration to me Really Quickly’
Posted in Director/CEO, Directorates/Regions, News, Senior Leadership Editorials, Uncategorized

‘I Can Find Women, Civilian and Military, Who are an Inspiration to me Really Quickly’
The Exchange Post Scroll To Top
Loading Comments...