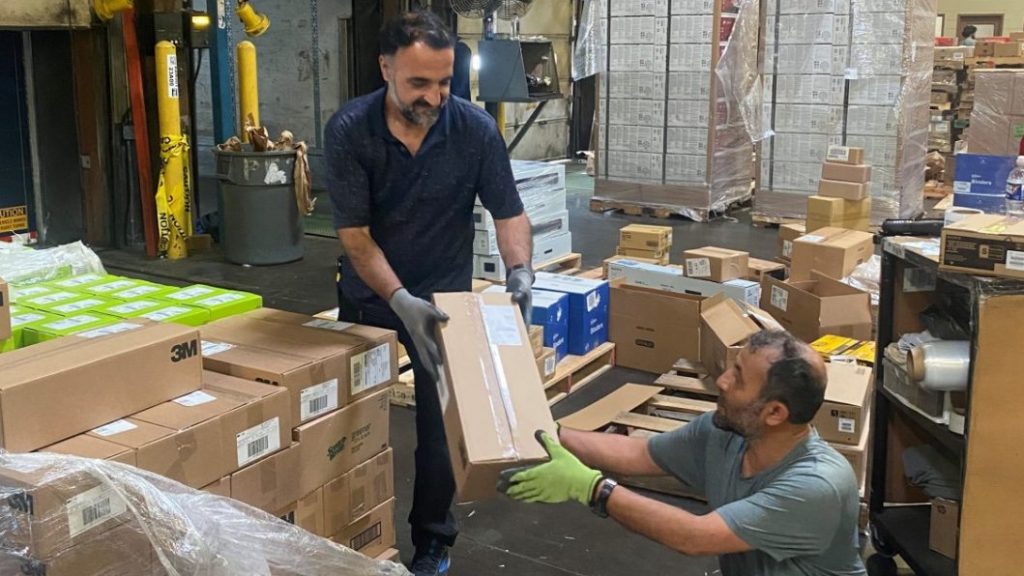 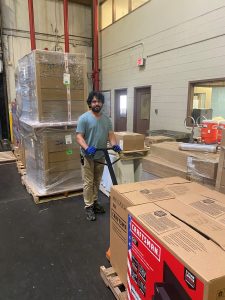 Materials Handler Safi Farhad receives merchandise at the Dan Daniel Distribution Center. Farhad is among more than 30 resettled Afghans who supported the U.S. mission in Afghanistan that the distribution center has hired since November.

Shelly Reinert and Ahmad Shoaib Sadeqi first worked together in 2014 at the Bagram Air Base Exchange in Afghanistan.

Now, nearly 7,000 miles from where they first met, they are teammates again, this time at the Dan Daniel Distribution Center (DDDC) in Newport News, Virginia.

The reunion was possible after the DC hired more than 30 Afghans, who helped the U.S. mission in Afghanistan, during the past seven months.

“I am so happy that I am here,” said Sadeqi, who worked at Bagram from 2007 to 2016 and now serves as a materials handler at DDDC. “When I saw Shelly, I couldn’t believe it. That was very nice, and I’m so glad that I came here. I imagine if I was [in Afghanistan] now, I couldn’t leave the country.”

Reinert, who works as the DC’s operations manager over e-commerce and fashion, said she was walking down the stairs near her office in March when she was surprised to run into Sadeqi, who had recently been hired. She immediately recognized him from their near-daily interactions back at Bagram, where he worked as a cash gate supervisor. 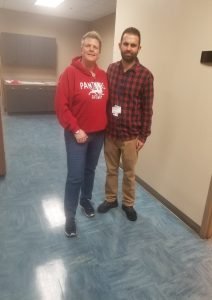 Eight years after first working together at the Bagram Air Base Exchange in Afghanistan, Logistics Operations Manager Shelly Reinert and Materials Handler Ahmad Shoaib are teammates once again, this time at the Dan Daniel Distribution Center in Newport News, Virginia.

“It was very stressful hearing about everything going on in Afghanistan over the past year and not being able to do anything,” Reinert said. “Seeing Ahmad here was a breath of fresh air. It shows that the Exchange is doing its part to show compassion to those who helped us and assisting them where needed.”

While Sadeqi and his family had already lived in the U.S. for a couple of years when he landed the job, many of DDDC’s new Afghan hires came to the country during the past year via U.S. military installations under Operation Allies Welcome. Most of them heard the DC was hiring through Commonwealth Catholic Charities (CCC), a local nonprofit helping recently resettled Afghans in Virginia find work.

“We’re very happy to be able to make this happen for these people who have suffered through quite a bit, certainly over the past six months,” said DDDC Manager Don Cassens. “We’re honored to provide these associates with gainful employment and help them become productive members of society here in the U.S.”

Sadeqi, meanwhile, is grateful to have a familiar face from Bagram at his new workplace, a reminder of the fond memories he has from nearly 10 years serving those who serve in his home country.

“Thank you so much to Shelly,” Sadeqi said. “If she wasn’t here, nobody would know who I was. Since she saw me here, everybody knows me, including the DC manager. I’m kind of famous now.” 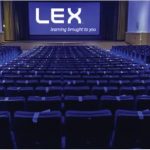 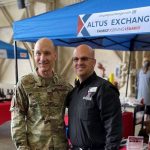 Exchange Supports Past, Present and Future Warfighters at Altus AFB ‘Legacy of the Spear’ Event
Posted in HR, LG, News

Exchange Supports Past, Present and Future Warfighters at Altus AFB ‘Legacy of the Spear’ Event
The Exchange Post Scroll To Top
Loading Comments...