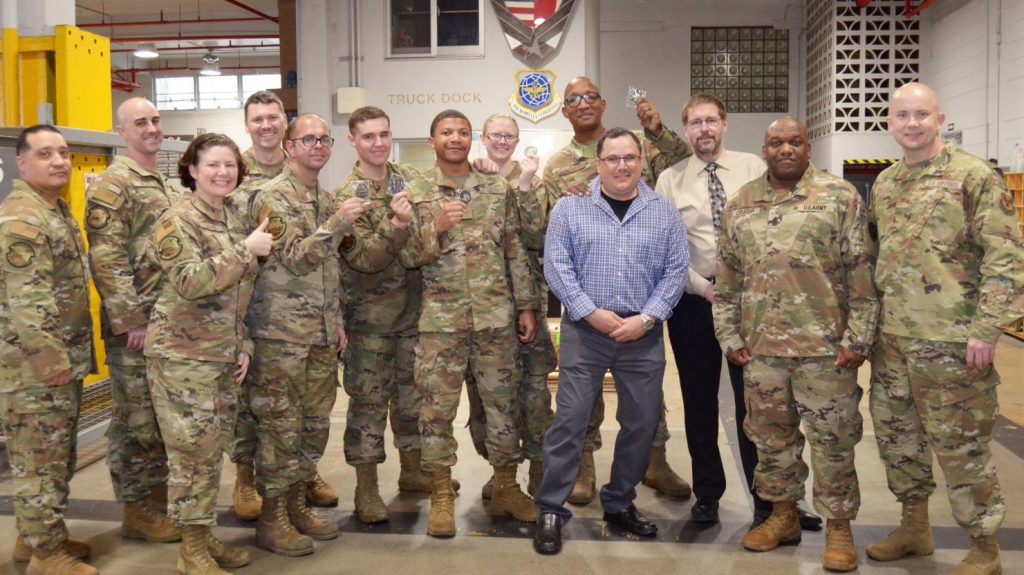 The Exchange’s Okinawa Bakery Plant Manager Donald Weightman ran into an unexpected problem when the bakery’s main oven broke down earlier this year, halting production of baked goods without an estimated time frame for repairs.

Weightman called upon his Pacific Region teammates for some assistance. 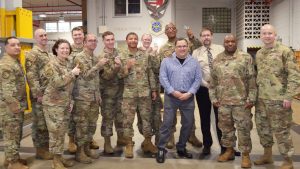 Upon receiving the news, Woods and Swenson started to coordinate the transportation issues but ran into obstacles due to emergency delivery flights not being available, and transporting baked goods in cargo ships would take too long.

They were running out of options, so they reached out to their respective commanders in Yokota Air Base and Kadena Air Base. Within a few hours, a solution was in-hand.

“Col. Kevin Martin, 374th Operation Group commander, and Col. Patrick Launey, 374th Mission Support Group commander, didn’t hesitate to lend their support,” Woods said. “Their willingness to help shows how important it is for the Exchange to maintain a good relationship with the command teams.”

With the transportation needs resolved, the baking commenced.

The Yokota bakery’s team needed to bake one week’s worth of supplies in two days to keep Okinawan facilities operational while still fulfilling their own production requirements.

“I am so proud of our team for their accomplishments,” Battle said. “This is what family serving family looks like; helping those in their time of need.”

In less than 24 hours, Yokota’s bakery team produced and packaged 19 additional pallets of baked goods for their first shipment to Okinawa. And with the help of Yokota’s main store, 15 pallets were delivered to the Airmen of 374th Logistics Readiness Squadron, who prepped the pallets for shipment.

A few hours later, Airmen from 730th Air Mobility Squadron on Kadena received, unloaded and reloaded the pallets onto trucks, and Okinawa Distribution Center drivers and bakery drivers delivered them to the bakery in Camp Kinser.

“The Exchange does so much for us that my team and I were extremely pleased we could provide our assistance in Operation Okidough,” said 730th AMS’ Aircraft Services Supervisor Staff Sgt. Robert Williams.

“I am extremely appreciative for Uji Battle and his dedicated team. They were clutch in providing Okinawa with much needed product,” Weightman said. “Their unselfish commitment in doing what was needed speaks volumes for their dedication to provide for U.S. service members and their families.”

Initially, all 32 pallets were scheduled to fly to Okinawa but, due to unforeseen flight schedule changes, the load was split evenly and shipped out on Sunday and Monday.

During Operation Okidough, 52 personnel from the Exchange and various Air Force units played a vital role as 47 pallets, or 13,817 individually packed baked goods, were produced, loaded and transported to Okinawa. This allowed 32 Exchange operations to continue to serve service members and their families, including four Defense Commissary Agencies, 12 military dining facilities and 13 Department of Defense Education Activity schools.

“A huge thank you goes out to our military partners. We could not have accomplished Operation Okidough without you,” then-Exchange Pacific Region Commander Col. Michael Kovalchek said. “Also, kudos goes out to all our Exchange teammates in Yokota and Okinawa who overcame and conquered a challenging situation. I am so proud of them for what they achieved.”

The Pacific Region command team said thank you to most of the participants by awarding them with their “Coin of Excellence” and will continue until everyone who played a role is properly recognized.