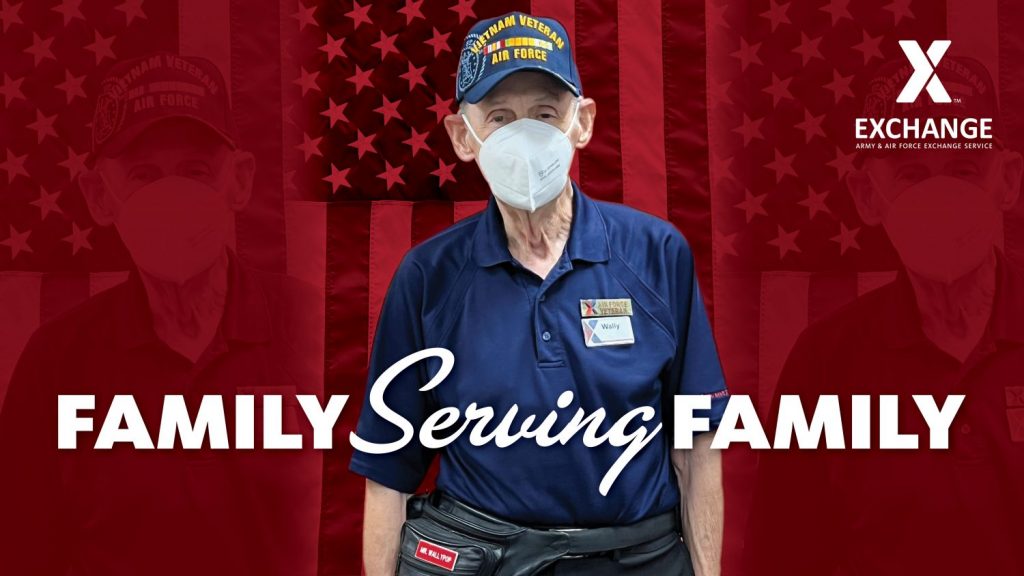 Wallace “Wally” Kienlen’s last assignment in the Air Force was in Vietnam when the U.S. was closing bases near the end of the war. After serving 23 years in the security police, he retired from the military and worked as an instructor at a few bases in the States, then as a military club manager in Germany for 20 years.

When Kienlen relocated near Randolph Air Force Base in 1995 to be close to his daughter Patricia, he needed a job, so he started working as a janitor at the Exchange, but he knew he wanted to do something more.

“As a military club manager and security policeman, you deal with people; that’s want I like—interacting and working with people,” Kienlen said. Several months later he was hired as a greeter (now known as a customer experience associate), and he’s never looked back.

Kienlen loves his job, especially welcoming customers with a smile and a friendly “Hello!” And after more than 26 years, Kienlen knows his way around the store; he often gives customers directions to what they’re looking for. He gathers the carts in the patio area and cleans them, and although it’s not in his job description, sometimes Kienlen has to catch things.

He’s also used his Air Force experience in the store. “I’ve caught about three shoplifters; we apprehended them and turned them over to the security police,” said Kienlen, who turned 86 years old last fall.

Kienlen plans to continue working at the Exchange. “I have no plans to retire unless they kick me out or my body gives out!” he said. 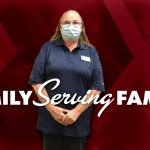 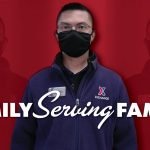 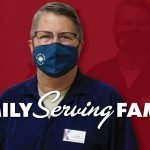