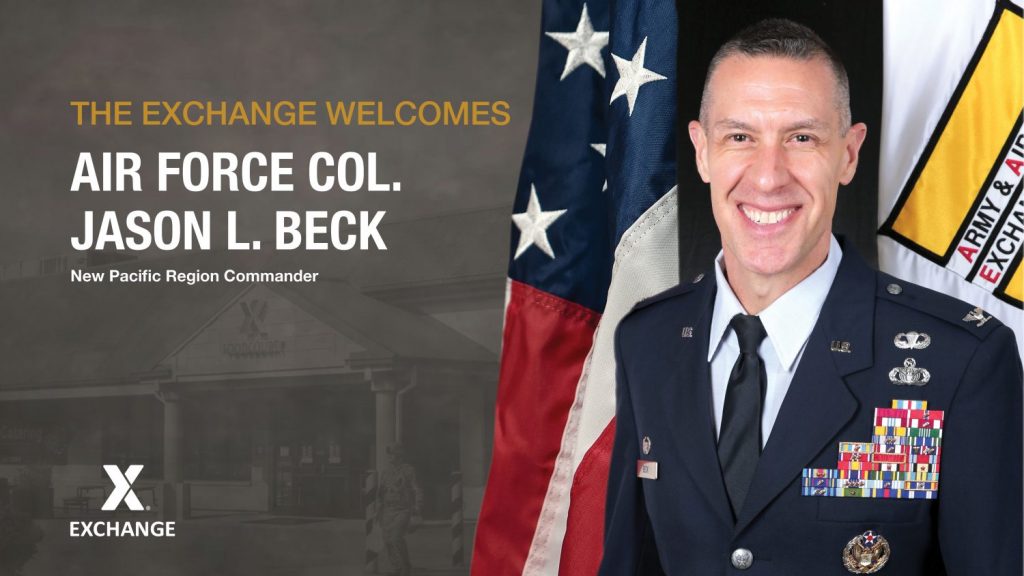 As the commander, Beck will serve as the bridge between the Exchange team and the military community, their families and retirees.

“My family and I are extremely excited to join the Exchange family and continue the great tradition of taking care of service members and their families,” Beck said. “We are excited about being a part of this great organization.”

Beck has served more than 25 years in the Air Force as a Security Forces officer. He was born and raised in Austin, Texas, and received his commission through the Air Force Reserve Officer Training Corps at Texas State University in San Marcos, Texas.

He grew up as a military child and his father’s last assignment was at Bergstrom Air Base, just outside of Austin, where he grew fond of the Exchange, especially Toyland. But it was while serving in the Air Force that he became appreciative of all that the Exchange does for Airmen and Soldiers.

In his last assignment, he was the Chief of the Antiterrorism Division at U.S. European Command in Stuttgart, Germany. His area of responsibilities spanned across 51 installations in 51 countries and he was responsible for more than 95,000 U.S. personnel’s antiterrorism readiness.

“My team and I were responsible for developing policy, providing guidance, exercising staff oversight and evaluating program performances regarding antiterrorism.” Beck said. “Knowing that our efforts kept service members and their families from harm’s way made the job fulfilling.”

This assignment is Beck’s first in Okinawa but he is familiar with the Pacific Region, having been stationed twice in South Korea and once in Hawaii. He is accompanied by his wife, Yuna, and his two sons, Ethan, 9, and Skyler, 8.

“My wife was born and raised in Korea and both of our boys were also born in Korea. They are bilingual speaking English and Korean,” Beck said. “For us, the Pacific feels like coming home.”

Beck’s goal as the commander is to continue to support the successful strategies and processes that are in place for the Exchange to support service members, their families and the military community.

“As life begins to return to normal after 30 months of COVID, I’m excited to meet our teams across the Pacific,” Beck said. “I want to see what our Exchange leadership and frontline associates do behind the scenes as they provide merchandise, services and food to the best customers in the world.” 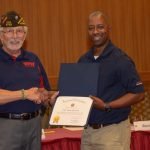 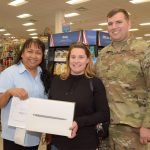 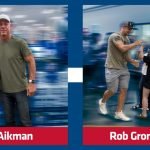 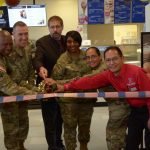