Vicenza 4th-Grader Wins $2,000 You Made the Grade Grand Prize for Academic Excellence 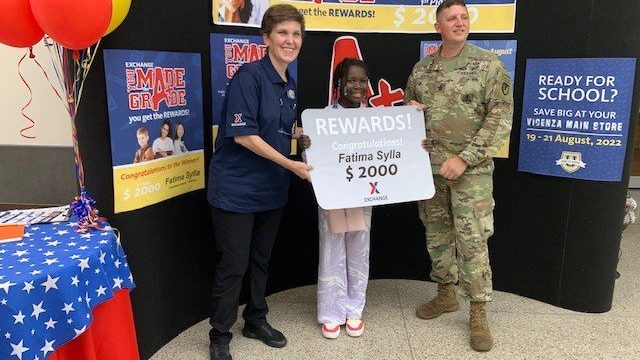 VICENZA, Italy – It was a feeling of utter disbelief and then excitement when Fatima Sylla, a Vicenza fourth-grader, found out she had won the Exchange’s You Made the Grade first-place prize—a $2,000 Exchange gift card.

“I didn’t believe my dad when he told me,” Fatima said. “But I’m excited and can’t wait to go on a big shopping spree.”

Fatima is the daughter of Marema Sylla and Maj. Mamadou Sylla, who is assigned to U.S. Army Garrison Italy.

“I thought it was a scam at first,” Maj. Sylla said. “I had to call AAFES to confirm and immediately shared the great news with Fatima.”

Fatima’s favorite subject is math and she is looking forward to returning to school so that she can run for student council.

“I’m going to share the money with my family, buy some school supplies, a few Lego sets and save the rest of the money,” Fatima said about her plans for the $2,000.

For 22 years, the Exchange’s You Made the Grade program has been rewarding students who maintain a B average or higher with a PX/BX gift card each grading period during the school year. Students can then enter the worldwide sweepstakes for a chance to win a $2,000, $1,500 or $500 gift card.

Other winners of the You Made the Grade sweepstakes for the June drawing include second-place winner Reilani Perez at Fort Riley in Kansas, and third-place winner Kamille Ouano at Fort Sam Houston in Texas. 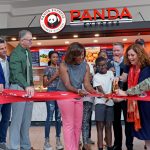 First Panda Express in Europe Opens at Ramstein Air Base 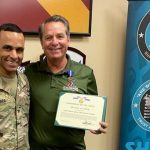 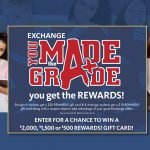 Bigger, Better Prizes for Military Students as ‘You Made the Grade’ Gets an Upgrade
Posted in Directorates/Regions, Europe/SWA Region, News, Uncategorized

First Panda Express in Europe Opens at Ramstein Air Base

Bigger, Better Prizes for Military Students as ‘You Made the Grade’ Gets an Upgrade
The Exchange Post Scroll To Top
Loading Comments...